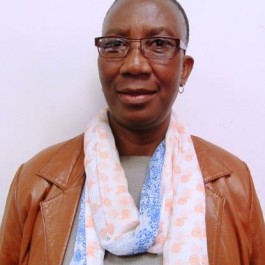 She is a Senior Lecturer and Researcher in the department of Development Studies at the National University of Lesotho. She is a PhD holder in Gender and Development.  Her publications are dominantly on gender and development, including; Women’s political efficacy and political representation; VAW and Elections, Gender and the State. Her consultancy experience includes work on, Gender and Rural Transport, Gender and Energy, Gender Analyses and Gender Audits, Local Governance and Women Economic Empowerment. At regional level she served in the reference group of the AU 50th Anniversary as gender expert, and served in the technical team as gender specialist to the Third High Level Dialogue on Democracy and Good Governance 2014 under the theme, “Silencing the guns for democracy and good governance in Africa”. At the national level she served as Gender Specialist for the Lesotho NHD Report 2014 (Harnessing the Power of Youth in Development), the role which included writing a chapter on ‘Gender, Youth and Culture’. She has also been an active member of Gender and Energy Network of Lesotho (GENOL).